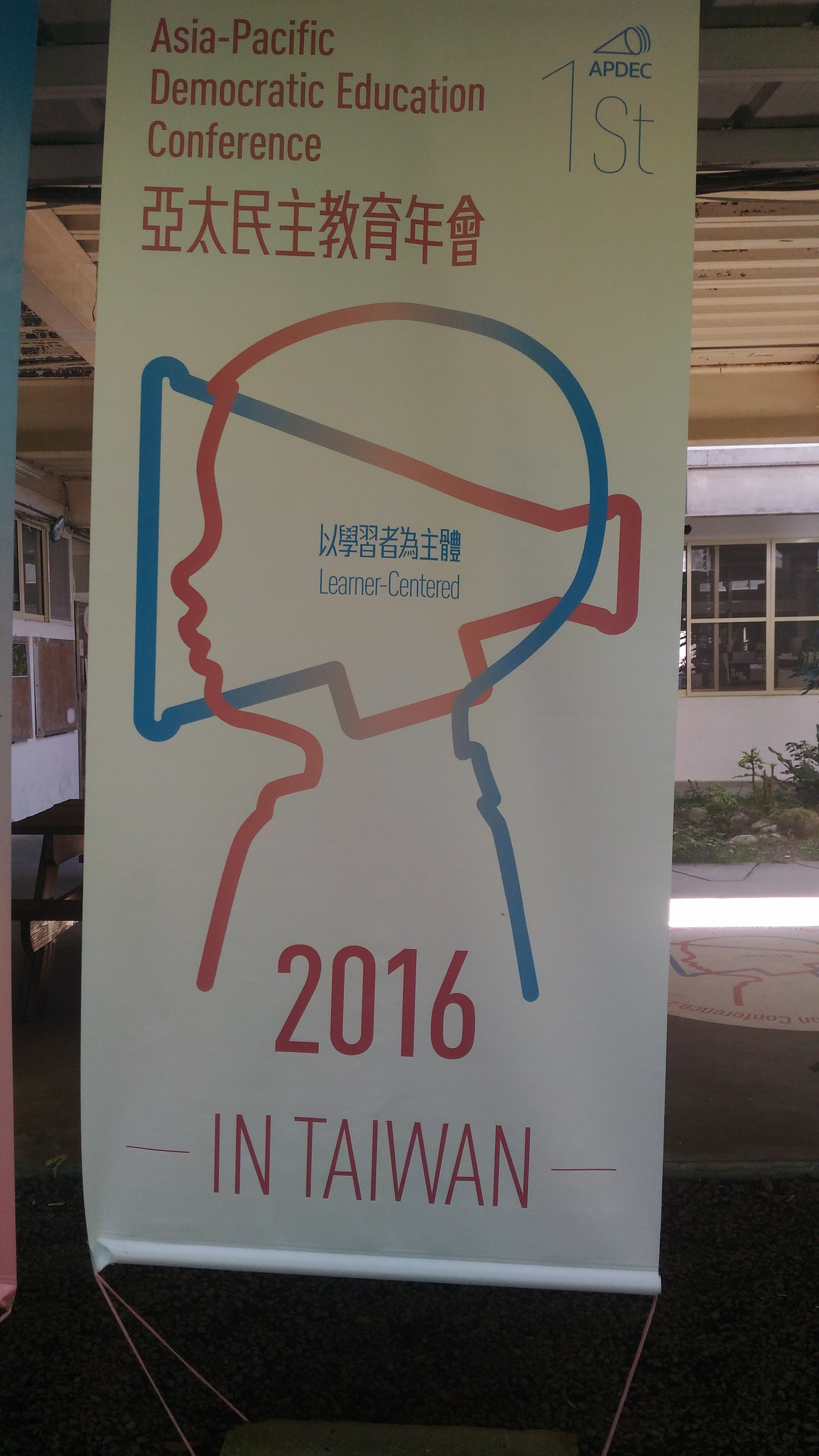 I just got back last night from APDEC 2016 in Taiwan. I’m pretty tired but I want to get some initial thoughts down – hopefully I’ll write more about these topics in the coming weeks (once I recover).

(Note: although this was about the fourth conference I have ever been to, it was the first I have ever traveled to and the first about my primary topic of interest, democratic education):

That’s probably about enough for now. Hopefully in the coming weeks I will get to writing some posts that expand on the above thoughts. Huge massive giganormous (Note to non-English-natives: “giganormous” is not a real word) thanks to the organizers, APDEC 2016 was a fantastic experience and I am so glad I skipped a whole week of work to go….